Truly to say, I didn’t plan to visit Singapore, because I heard that it’s expensive country (and how much I can afford from student scholarship? :D) and I told myself that till I’m in Indonesia, I will travel more here ;).

But sometimes it happens that you go where you didn’t plan to go :). It happened with me and Singapore.

Only because of the flight to Vietnam, I needed to stay in Singapore ~16 hours till my next flight. I don’t like do nothing (especially in airport), so I decided these hours pend on discovering Singapore.

I found many information in internet what to see in Singapore, how much times takes tours, how to organize everything and etc. Even I already decided to join airport suggested free city tour (for those who spend more than 5 hours in airport). As well I wrote in Couchsurfing groups asking some information and suggestions ;).

Some people from Couchsurfing advised me what is better to do during those 14 hours, others suggested to meet and etc. And one guy proposed to pick up me from airport and show around, like he doesn’t have what to do special on my arrival day. I didn’t accept his suggestion immediately; l asked if I will need to pay for a “tour” (I didn’t search any hosts or companions). His answer was negative, even he suggested later to host me, but wanted to speak through Skype first and agree about my “trip” plan.

We talked through Skype about places that I want to see and at that time he mentioned that he has only 1 bed and asked if it’s ok for me to sleep there (understand maybe with him? I didn’t ask straight about it). I took it like a joke and said that I don’t need bed, I have sleeping bag and other things, I just need a floor in the corner. I had strange feeling after the talk, but I thought that nothing wrong, the guy just funny, making jokes as well he had couple positive reviews from girls, so I thought everything is fine. But it was the first sign that I needed to follow!

I landed in Singapore. The guy was already waiting for me. We had some talks in airport. He seemed intelligent, funny, interesting person. He took me with his motorbike for lunch in local restaurant. I didn’t exchange money yet at that time, so he suggested to pay for me (later I gave those money back). We talked about everything maybe couple of hours and were waiting till the sun will go down, to see the nightlife of Singapore. I really wanted to see those lights and huge buildings that I saw in many pictures in internet. Somehow they really attracted me. I knew that I can’t see everything that is possible to see in Singapore, so I choose things that’s are free (it’s normal I didn’t plan to go to Singapore, as well to spend there a lot of money :D) and most beautiful during night :).

Sorry, not a lot of pictures I made and in good quality – it was hard to make them sitting almost all the time on motorbike :D 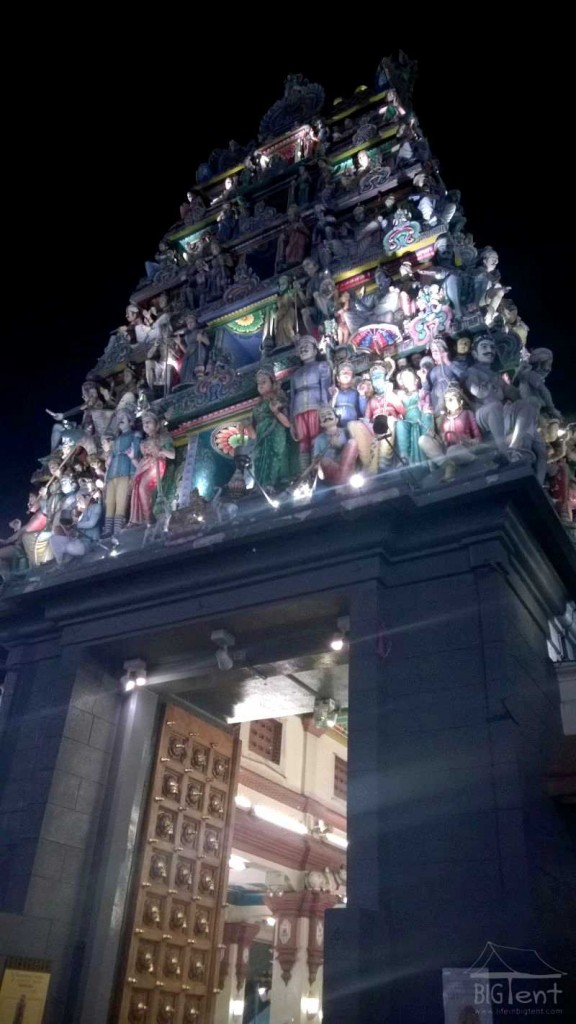 Night drive in Singapore through all the city with small stops for snacks and walks in Chinatown, Little India, Merlion park, Marina bay sands, small streets in other areas. And finally we arrived to see the biggest Asian light and water show, with sound, special effects. It was crowded, in the horizon the complex of shining buildings – Central business district (in another side the Esplanade – theaters on the bay ). We went up of Event Plaza at the Promenade, to see the Singapore flyer and Gardens by the bay.

I was totally in love with nightlife of Singapore – those lights, that cleanness in the city, those chill out people, I was just amazed (maybe such impression I had because of seeing a bit different things in Indonesia?). I just wanted to stay and enjoy that magic time. I never saw something similar before, maybe that’s why the effect was so big and yeah, I’m female, I like sparkling things :D. 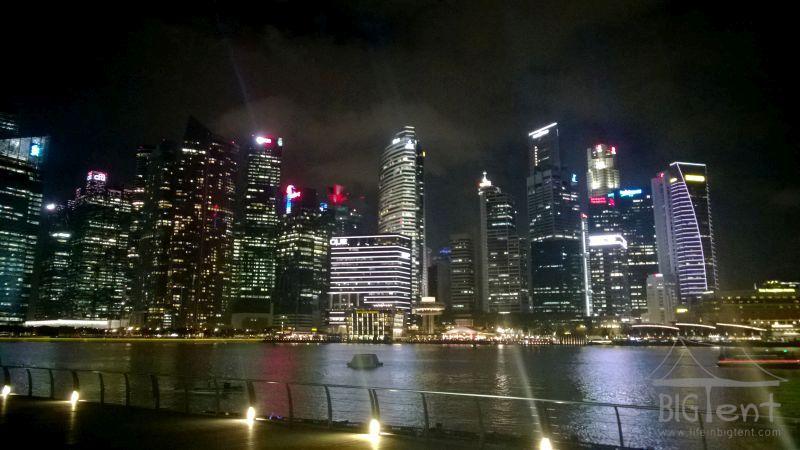 In the last place – Event Plaza, we stopped to sit outside and to see the city from the up, continue talking about many topics that we had. Suddenly my “host” told me that he just got message from his brother, who wants to stay in his place, like brother has some problems and etc. (before I saw that the guy was trying to call someone). He asked me if it’s ok, if he will bring me to a hotel near airport. He was so sorry, that he “promised” to host me and now can’t, because of it he will pay for my stay in hotel. I didn’t have any other choices in the middle of midnight. I agreed, but said that I will pay for hotel by myself. After he brought me to hotel, the real story began. I won’t tell all the details, but will say one thing – it was worst my experience in whole traveling history with hosts (before Couchsurfing I was quite active member in Hospitalityclub). 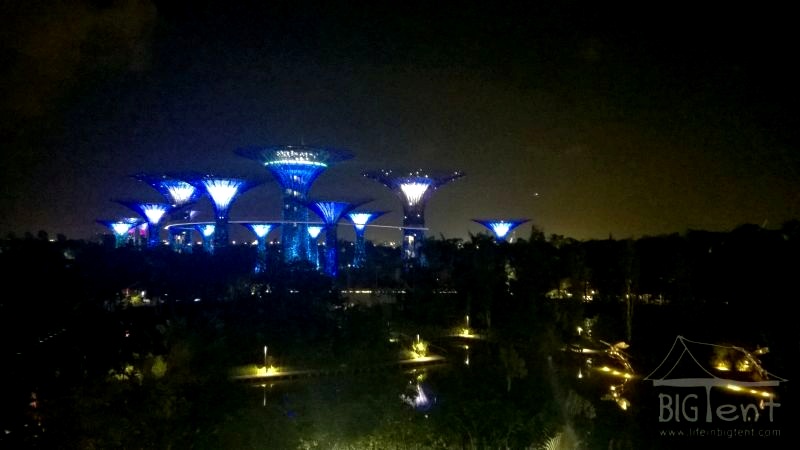 In the end (morning), I was safe and trying as soon as possible to reach airport by myself. Even if I didn’t had any info how to do that. Why I need to know, if the guy told me in the beginning (by Skype) that he will bring me back to airport? I planned to stay in his place not a hotel ;). Trying to reach airport, I found out that the hotel is not so near the airport how the guy told before. So lately, I was thinking that everything was like planned – he didn’t think to host me and for his “free help” he planned to get something else.

Lately after talking with some friends about all things that happen in Singapore, they suggested to report about this guy to Couchsurfing. And I did that. I wrote all the story for responsible person and after they knew that I’m safe they deleted his profile from the members list. And assure me, that they have some tools that won’t allow this guy to create a new account (but you know – nothing is 100% guarantee ;).

Even after really bad experience with host, I still have beautiful memories about the views of Singapore that I saw.

Lesson to learn – if you have any doubt after messages, Skype call or something is not giving you comfort about person who want to host you (or guest). Better don’t stay there or host that person! All the time first though is the right one, just need to be attention to it ;). As well, don’t afraid to report about host/guest whose behavior is not proper.

Have you been in Singapore? Maybe had not good experience with couchsurfing host or guest? Tell your story ;)